REWE Group, with its headquarters in Cologne, Germany, is one of the largest food retailers in Europe with a strong non-food business base. Serving customers through various channels such as supermarkets, discount stores and DIY stores in 21 European countries, REWE Group generates an annual turnover of over 60 billion euros (2018).

Since April 2012 the office of REWE Far East in Hong Kong, REWE Group’s Strategic Purchasing laid the cornerstone for growth in procurement volume, the assurance of uniform quality standards and the evolvement of joint strategic partnerships with the suppliers from the East Asia and Pacific region – from China, India to New Zealand and Turkey. The branch offices in Bangkok, Shanghai and Istanbul contribute to the growth and represents REWE Far East in other Asian countries.

With the establishment of four offices REWE Far East has direct access to the suppliers and is able to strengthen its business relationships within the Asian markets. Being close to the partners enables REWE Far East to provide necessary support and improve the communication.

With a team of over 120 people in merchandising, quality, controlling and sustainability, REWE Far East sources over 3,600 different products per year. 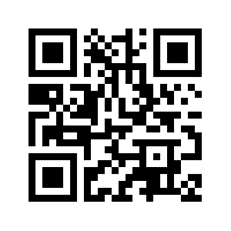